Putnam’s Upswing: when will we ‘we’ again? 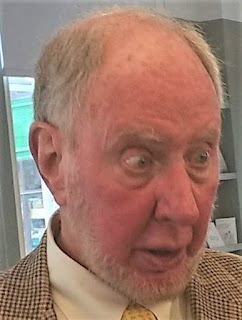 Thanks to the brilliant Tortoise Media, I recently spent 90 minutes at the feet of the great Robert Putnam (pictured), hearing about his coming book on ‘the Upswing’[i]

Putnam’s famous big idea is that democracy is sustained by a certain kind of community – one rich in the type of ‘social capital’ which is open and inclusive (‘bridging’) rather than dense and exclusive (‘bonding’). 25 years ago his ‘Bowling Alone’ pointed to a continuing decline in bridging capital in America, with rising individualism replacing commitment to community. Now he and his research team have greatly expanded the scope of his study and reflection.

Professor Putnam showed us a series of measurements over time of four aspects of American life often thought to favour a healthy society: relative economic equality, cross-party political co-operation, membership of social organisations and lower cultural individualism. The indicators show a common pattern on a bell curve: starting low in the 1890s, rising to a peak around the mid-1970s and falling away to current levels, back to where they were 120 years ago (in America’s ‘Gilded Age’). The age at which people start families tracks this curve (peaking in the early twenties around 1970, falling back to the early thirties now). Economic inequality, he said, is a lagging indicator – suggesting that cultural acceptance of greater relative privilege comes first, and the economic outcomes follow.

So how to measure cultural individualism? Using Google Ngram, you can get a graph showing the incidence of any one word or phrase in all books published since 1800. When Putnam asked Ngram the ratio of occurrences of the word ‘we’ to the word ‘I’, he found the results matched the bell curve – books were far more likely to use ‘we’ compared with ‘I’ in the 1970s, than at the lower ends of the curve. Hence Putnam’s handy nickname for his findings – ‘I-We-I’.

The move from ‘I’ to ‘We’ he calls the ‘Upswing’. He has a story about how it happened in America. Worried local communities explored ways to tackle the problem they realised they had. Learning from each other, they hit on a solution that emerged from around 1910: the public high school, offering four years of free secondary education for all, funded by local taxation. This turned out to be the main driver of rising living standards with well distributed benefits - with of course a significant reservation around race. Political leadership in the shape of the ‘progressives’ was important, but came later, following the grassroots movement. Putnam challenges us to find the models that will prompt the next upswing.  Rather than mourn the loss of community, he wants us to study what caused the rise through the six decades to the peak, and apply these lessons.

‘The Upswing’, to be published in April 2020, is sure to provoke much discussion on both sides of the Atlantic. Putnam has a great gift for simple narration of complex findings. The rising curve of  American ‘We’ tracked the USA’s rise to world power – how far, I wondered, was being ‘We’ to do with confidence in America’s ability to project force and authority, a confidence cruelly taunted by the plane-loads of bodies returning from Vietnam? And when deindustrialised towns voted MAGA for its promise of retrieving departed hope and prosperity, were they longing to be ‘We’ again? 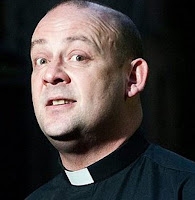 In the UK, Giles Fraser (pictured - a Church of England Canon who calls himself a ‘Marxist’) writes on Unherd that (in the Brexit context) Leavers are for ‘We’ and Remainers are for ‘I’. Leavers, he says, live in places with ‘thick’ communities; Remainers are globalist liberals in ‘thin’ communities. This reflects Canon Fraser’s Anglican sensibility that loves the traditional Christianity of the parish system - where the church claims all by birth - and mistrusts ‘choice’ in a liberal society adapted to religious diversity. In modern conditions, this sensibility (it seems to me) plays out in nationalism and populism (which is not to suggest that Canon Fraser adheres to either of these).


Yes, part of the Thatcher-Blair legacy has been neglect of the aspirations of those whose sense of community is rooted in lasting locality. But the greater peril now is denying the validity of the thin community – shape-shifting, transnational, the product of choice and individual moral agency.


[i] The Upswing: How America Came Together a Century Ago and How We Can Do It Again is to be published in April 2020 by Simon and Schuster 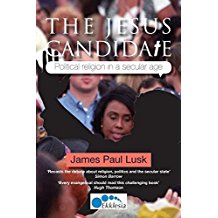